Feels good to have a "finish"!

Yay, it's "Finished or Not Fridays".....and, for once, I have a Finished instead of an Or Not!

Here is a picture from a couple of months ago of this intended lap quilt..... 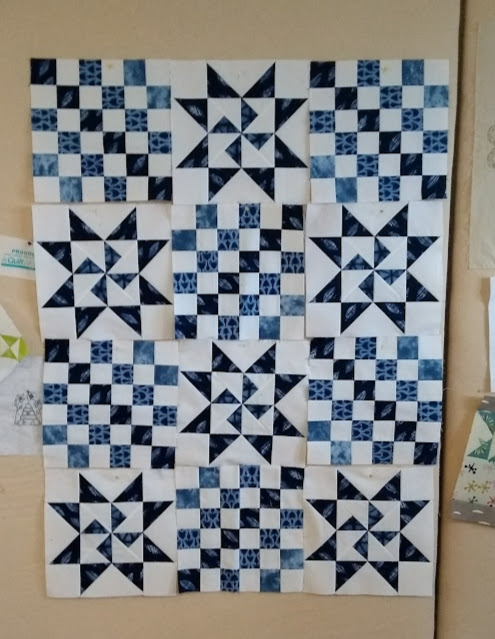 Here is one finished, in an different colour-way....not mine, a friend's..... 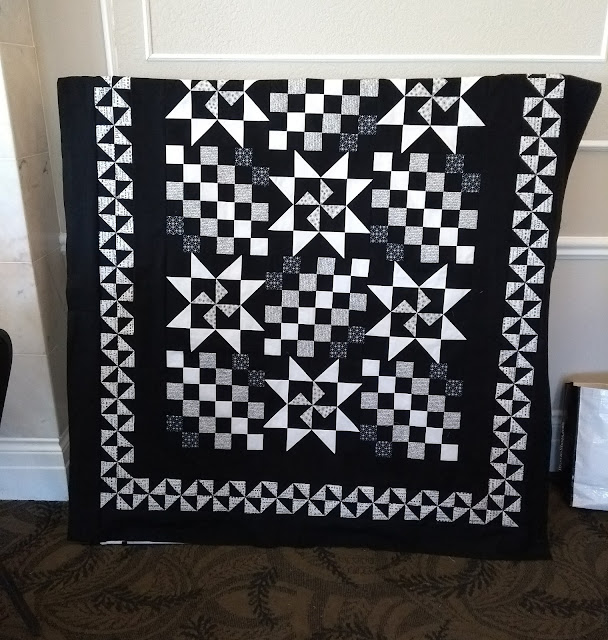 In the meantime, my soon-to-be-13 year old Grandson asked for a quilt for the bigger bed he was getting. When asked, he said he'd like a blue quilt much like the quilt he has used here since he was a baby. Don't you just love it when you get some quilt-appreciation from your family!!!

So, I figured I would just bump this quilt up to a double-sized quilt with a couple of borders.

Again, in the meantime, I learned a super cool technique to make a 1/4" inner border. Love it!....especially since it would replace ever again doing a little accent flange (which, if a longarm quilter were honest with you, would tell you they are a pain in the bum to deal with!).

So in this picture you see the main body of the quilt at the bottom, then the white border which was to be the final border. I added the two blue borders with  that lovely little white 1/4" white border inserted in between. Doesn't it just set it off nicely! 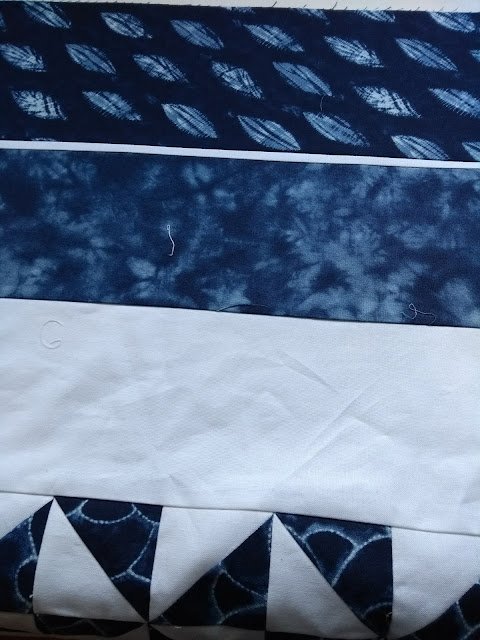 The most important thing to do with this technique is to not daydream while sewing!....you have to really pay attention.

To see a tutorial so you can try adding a narrow border to your quilt, have a look at a post by Barb Robson HERE. I'd say that once you read her post, get a couple of scraps and actually go through the steps to see what you think! 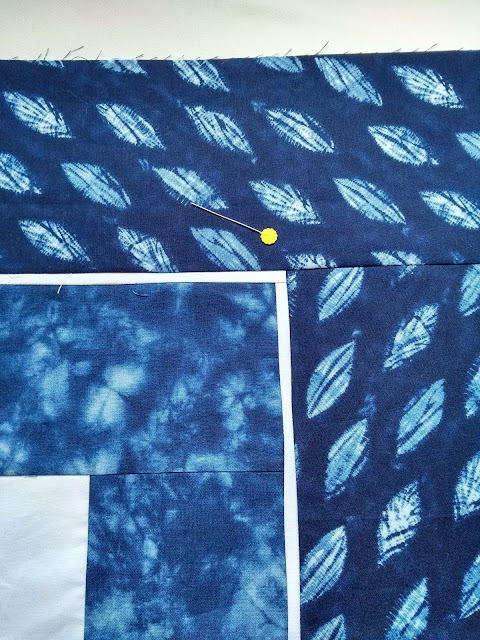 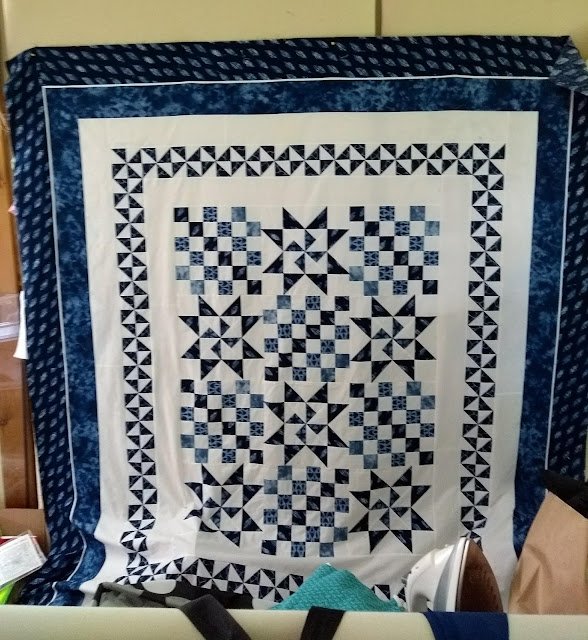 I have to admit, my first three sides of the narrow border were done slightly incorrectly....but I realised it by the fourth side and it turned out so much better. I will definitely be doing this technique again!

Somehow, while adding the borders, I got a little yellow mark on one of the white borders...maybe the size of half a dime....no idea what it was.

I figured I'd try to get right at it and dabbed it with a Q-tip and bleach...and let it dry.

Then I was faced with a yellow mark about the size of a 1-1/2" circle!

I figured what the heck, try one more time.... 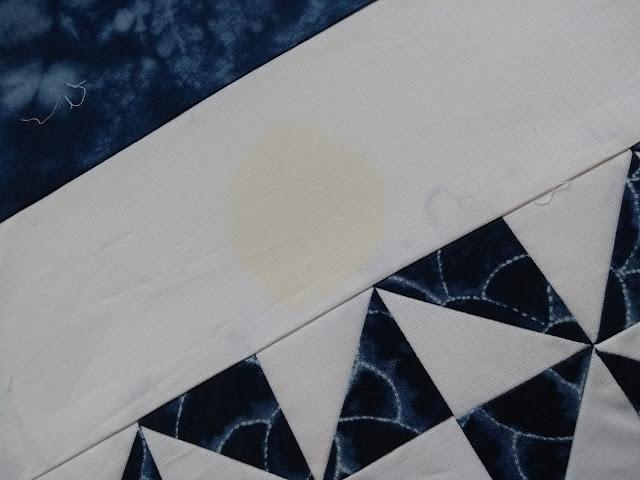 So, I guess as soon as this gets quilted it'll be headed for the washing machine.

Also, can you notice in the picture the blue "vein" beside the stain? There are so many long dangly indigo threads hanging around the back of this quilt, it's going to be a nightmare trying to make sure that nothing shows through the white fabric when I quilt it.

I'm wondering if black batting would solve the problem?  What do you think? I know it may dull down the brisk white fabric, but maybe that's the lesser of two evils???

I am linking up with Confessions of a Fabric Addict for Can I Get a Whoop Whoop?. 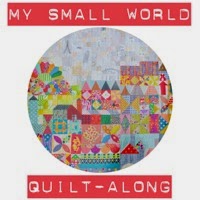